Stellar Snowflake crochet pattern is my first blogpost since I started my business. The winter holiday season is coming up and so many of you must be preparing your home with beautiful and unique decorations. That’s what I do when Eid is nearing. I gather all my decorations and get into work!

Anyway, I decided to make a little snowflake. It is a very quick make. You can make a bunch in few hours and block them all in the night. When you wake up in the morning, TA-DA! Snowflakes are ready to go wherever you want them to be

You know what? This pattern is free!

How did it get the name?

I was actually struggling with naming it. I first was going to name it just snowflake, but it was too plain. Then I came up with weird names like 8-Point Snowflake. Which was hideous!

At the time I was also researching the anatomy of a snowflake because I wanted to know what/how to call it’s pointy/hand thingy for the sake of pattern writing. I found it’s called a branch. Then I also came across a post about ‘types of snowflakes’. Which was fascinating to me.

You might’ve already guessed where I’m going with this. Yes, there are a few type of snowflakes and one of them is Stellar.

Now, the snowflake which I’ve made may not be the accurate shape for it’s name. If I were to be accurate, I should have named it ‘Dendrite Crystle’ but Stellar is kinda close and easier to pronounce and it’s pretty too. So I went with Stellar Snowflake.

Did you know there are snowflakes that looks like needles? I didn’t.

That’s a tiny bit of trivia about snowflakes from me. 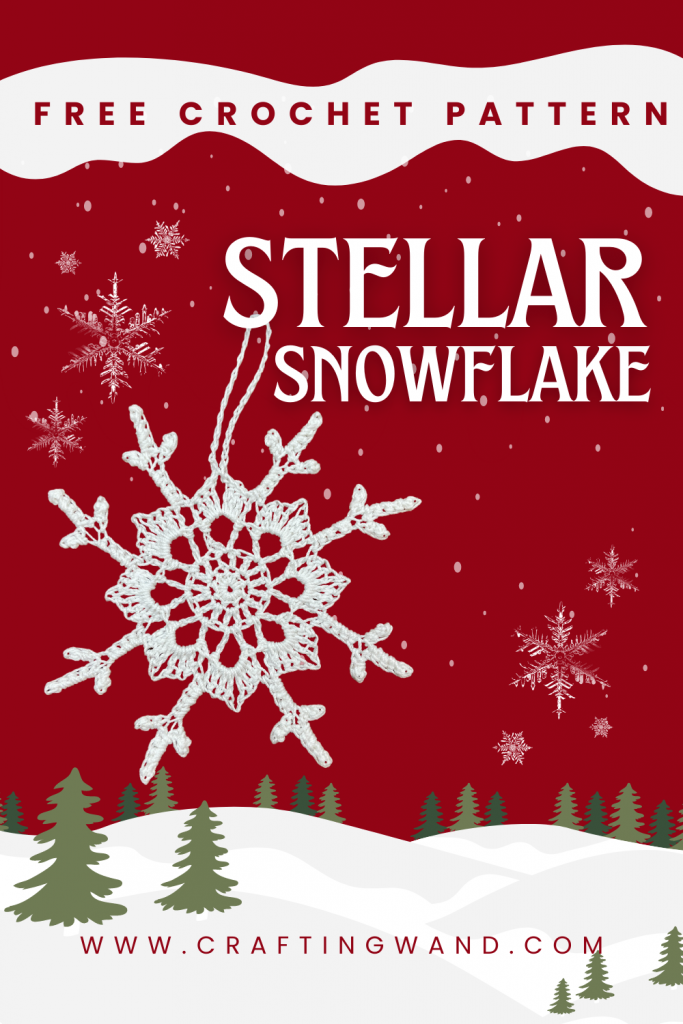 Why the snowflake isn't hexagonal?

Okay… Okay… I know what you might think. I know snowflakes are supposed to be hexagonal. In my defense, I was making this flower pattern for my freebie and I thought it’s a great idea to turn the same flower pattern into a snowflake. You know? to keep up with the brand and the theme and stuff…

I should also say, Stellar Snowflake is a great last minute gift idea and stocking filler. There are two versions of this snowflake and in holiday spirits, I give you one of them for free. 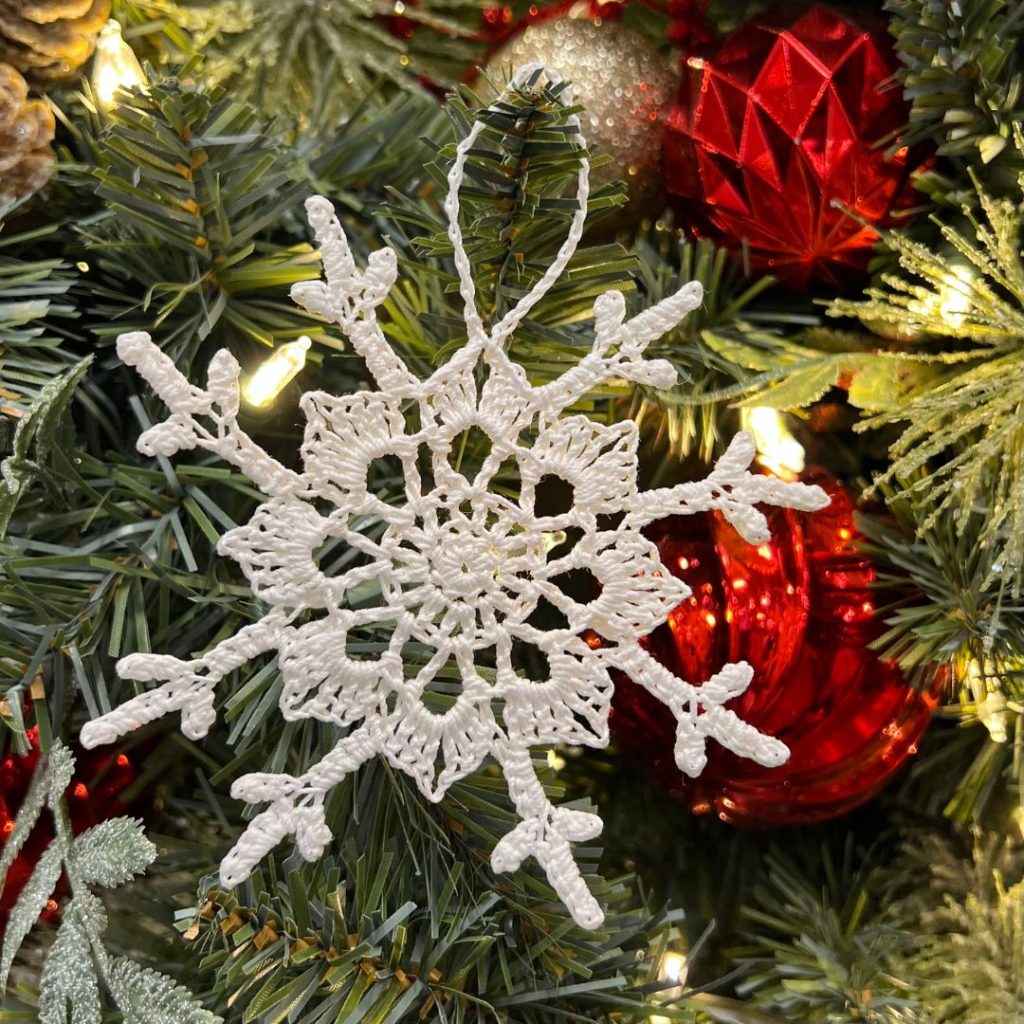 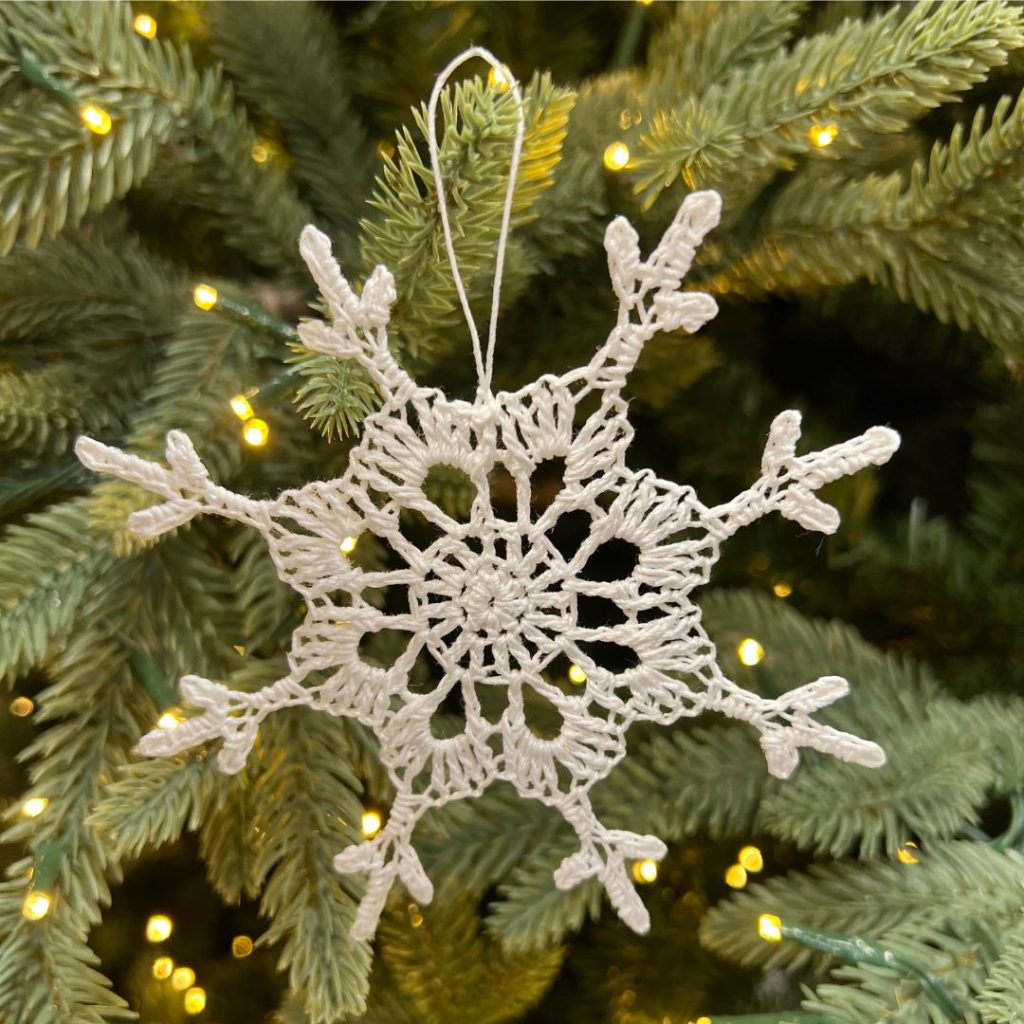 You can get the paid pattern here.

The paid pattern includes, both versions with crochet charts which will make it more easier for you to follow and help you make it faster.

Here’s how you can make the Stellar Snowflake. 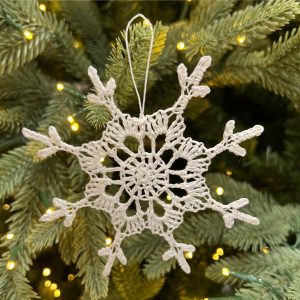 If you have any questions about this pattern, you can reach out to me via email - safiya@craftingwand.com OR @craftingwand in Instagram and/or Facebook. I would love to see the Stellar Snowflakes you make. Be sure to tag me on social media with #aCraftingWandpattern. While you are at it, follow Crafting Wand for more creations. You can also subscribe for newsletters www.craftingwand.com

You can buy the pattern from my store which has crochet charts to help you understand where the stitches go exactly and as a bonus, you will also get another version of the Stellar Snowflake.

Click below to get the beautiful PDF I have created for you to make your life easier.

Okay! It’s time to end this post. Have a long to-do list to get through and today is Friday, so that means I need to get ready for Masjid.

I will try and write more often. I know I have not written for the past couple of years. It was for a good reason, I was preparing and shaping this website and myself towards starting a business. I love to share about the crazy life I’ve been living since I started my business. Until then, 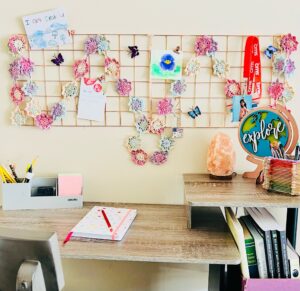 Are you looking to add a touch of elegance and beauty to your home? Look no further than this Flower Bunting Free Crochet Pattern! This 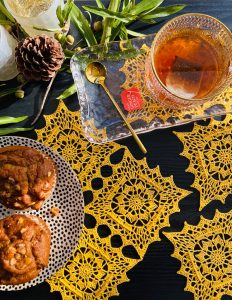 Rattan Square Coaster Pattern is HERE! Crochet enthusiasts, have you been on the lookout for a new and exciting project to add to your collection? 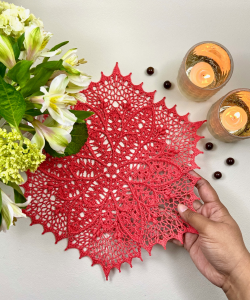 Manel Doily thread crochet pattern was designed sometime ago during the lockdown. I used to doodle back then and I was doodling a Mandala which 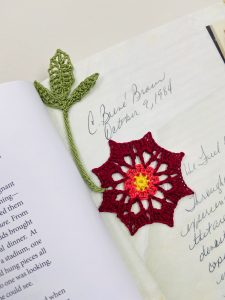 Mum’s Bookmark is a free crochet pattern you can download anytime in this blog. It’s a beautiful bookmark you can either make the flower with

Tell me what you think. Cancel reply 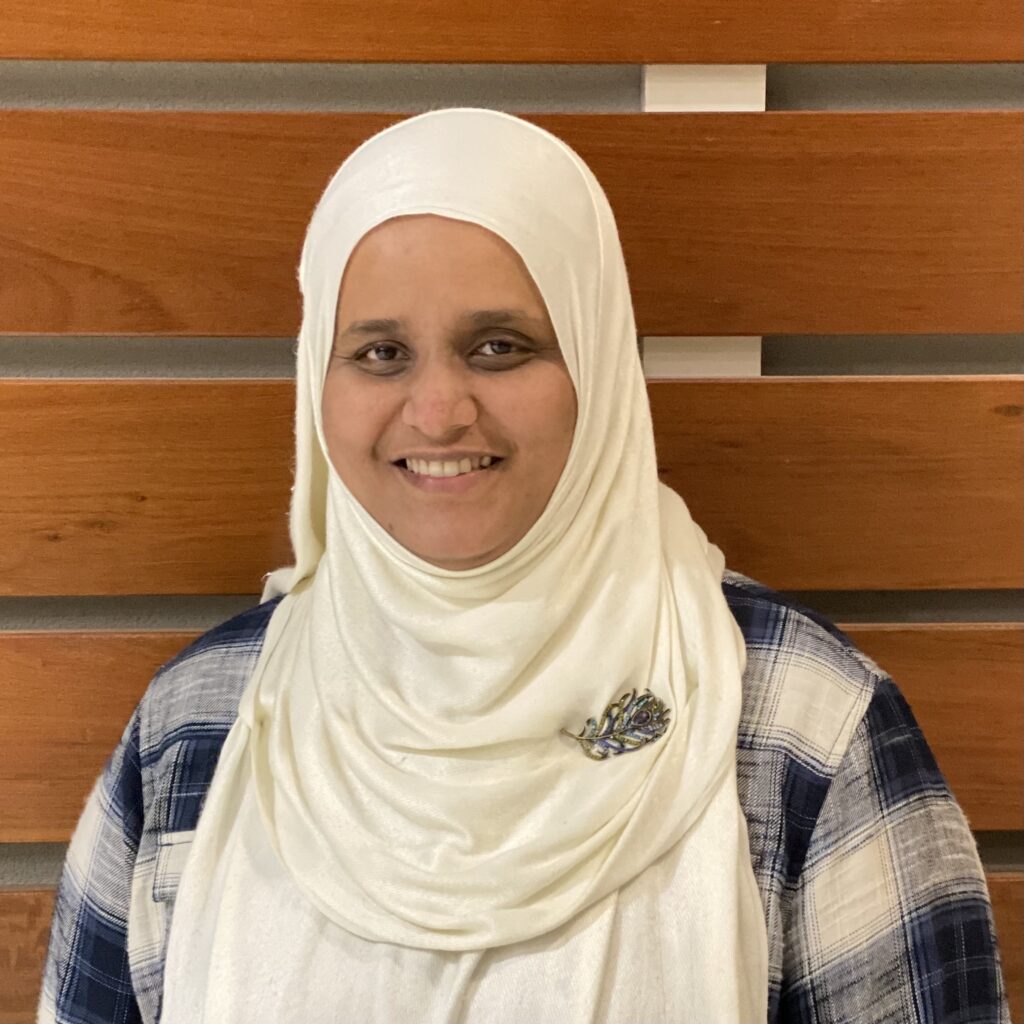 My name is Safiya Nathir.

I am a crochet designer and I specialize in Thread Crochet. I curate my patterns carefully so you can crochet something in your own.

My patterns are methodically written with easy-to-follow, step by step instructions. I also include images, illustrations and crochet charts to give you further clarity.

Do try out my pattern and let me know how it went. I would LOVE to see your make!

Subscribe to our Newsletters! Get updates about what’s happening. 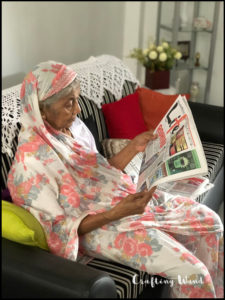 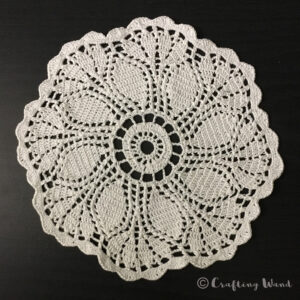 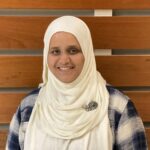 Hello! My name is Safiya Nathir.

I am a crochet designer and I specialize in Thread Crochet. I curate my patterns carefully so you can crochet something in your own.

My patterns are methodically written with easy-to-follow, step by step instructions. I also include images, illustrations and crochet charts to give you further clarity.

Do try out my pattern and let me know how it went. I would LOVE to see your make!

Be a pattern tester

All content and pattern rights reserved by Safiya Nathir |CRAFTING WAND ©2022 and are for personal use only. Copying or reproducing of any kind is prohibited.

You can sell items made with the patterns, Please tag us and/or use #acraftingwandpattern in social media. Feel free to share the pattern link.